Their statement of commitment, Case Study and Impact was assessed and the following comments were made by the Arts Council, England:

Great progress has been made in terms of arts opportunities and learning provision. For example, stronger relationships across the MAT, Arts Connect through projects such as ‘Infuse-Dance’ digital art project and the annual academy arts festival. These partnerships have enabled Kings Rise to produce high quality learning opportunities and showcase children’s work on a much larger scale than would be possible if working in isolation. Additionally strengthened existing partnerships with ‘Speight of the Art’, Good Hope Hospital and ‘Wild in Art’ by participating in existing and new ventures. 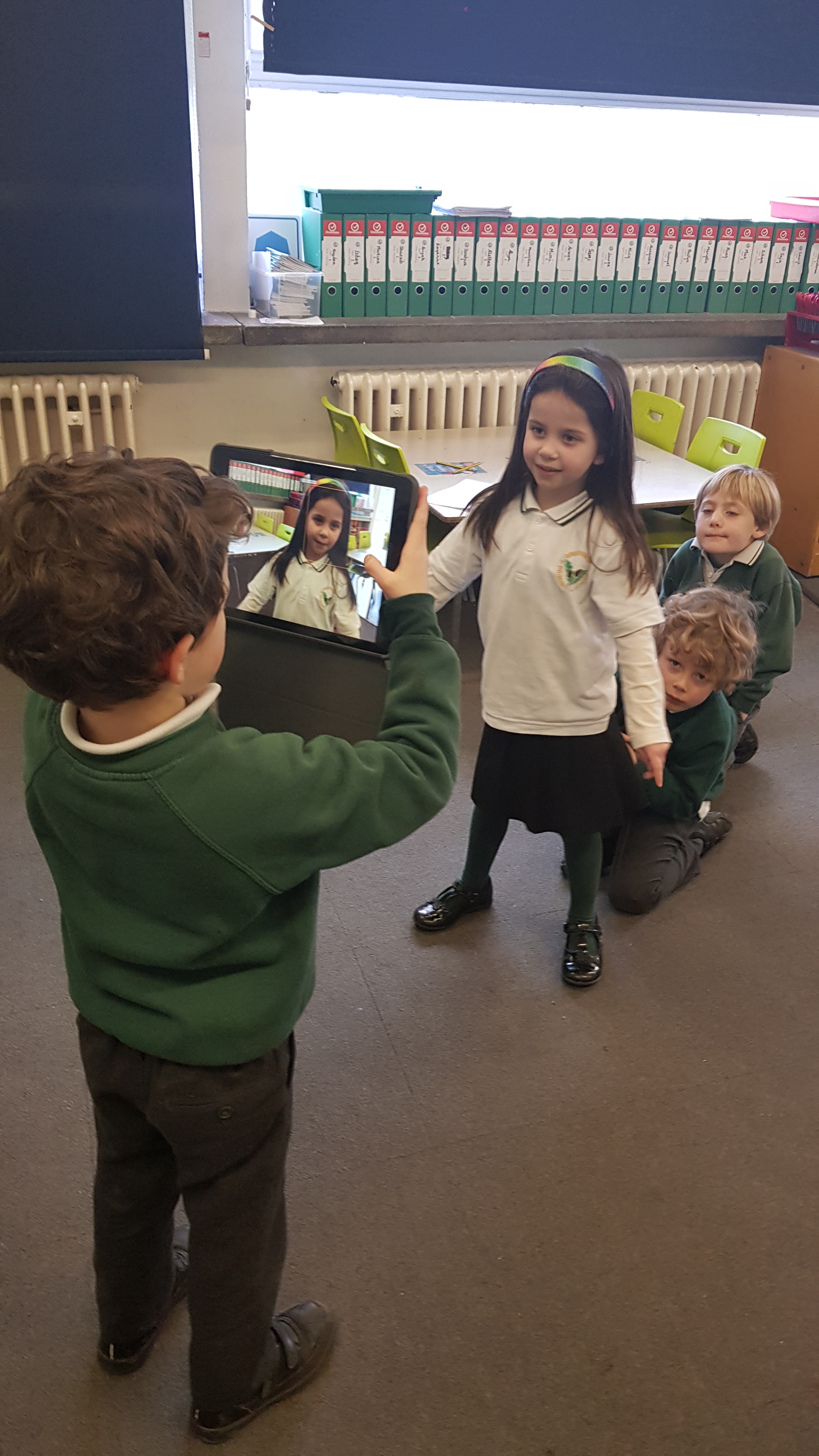 Their statement of commitment, Case Study and Impact was assessed and the following comments were made by the Arts Council, England:

Greenside Primary School has a rich arts based pedagogy delivered through your Breaking Boundaries model and the use of Film as the hook for your curriculum. The timetable is shaped to allow for cross year group Crews to focus on a creative project on Thursdays. Fridays are devoted to arts based coursed delivered by arts specialists. Partnerships with arts organisations including Into Film, Good Chance Theatre and the Schools Shakespeare Festival enable rich arts experiences for your pupils. You are supporting schools in your MAT with their arts curriculums. You have clearly demonstrated that senior leaders advocate for the impact of arts and culture through speaking at Federation events and at national conferences; and that children have continuous access to a wider range of challenging arts and cultural experiences that are stretching their knowledge, skills and understanding.
Congratulations!

Greenside look forward to another year of developing their Arts work with TEFAT and the London community. 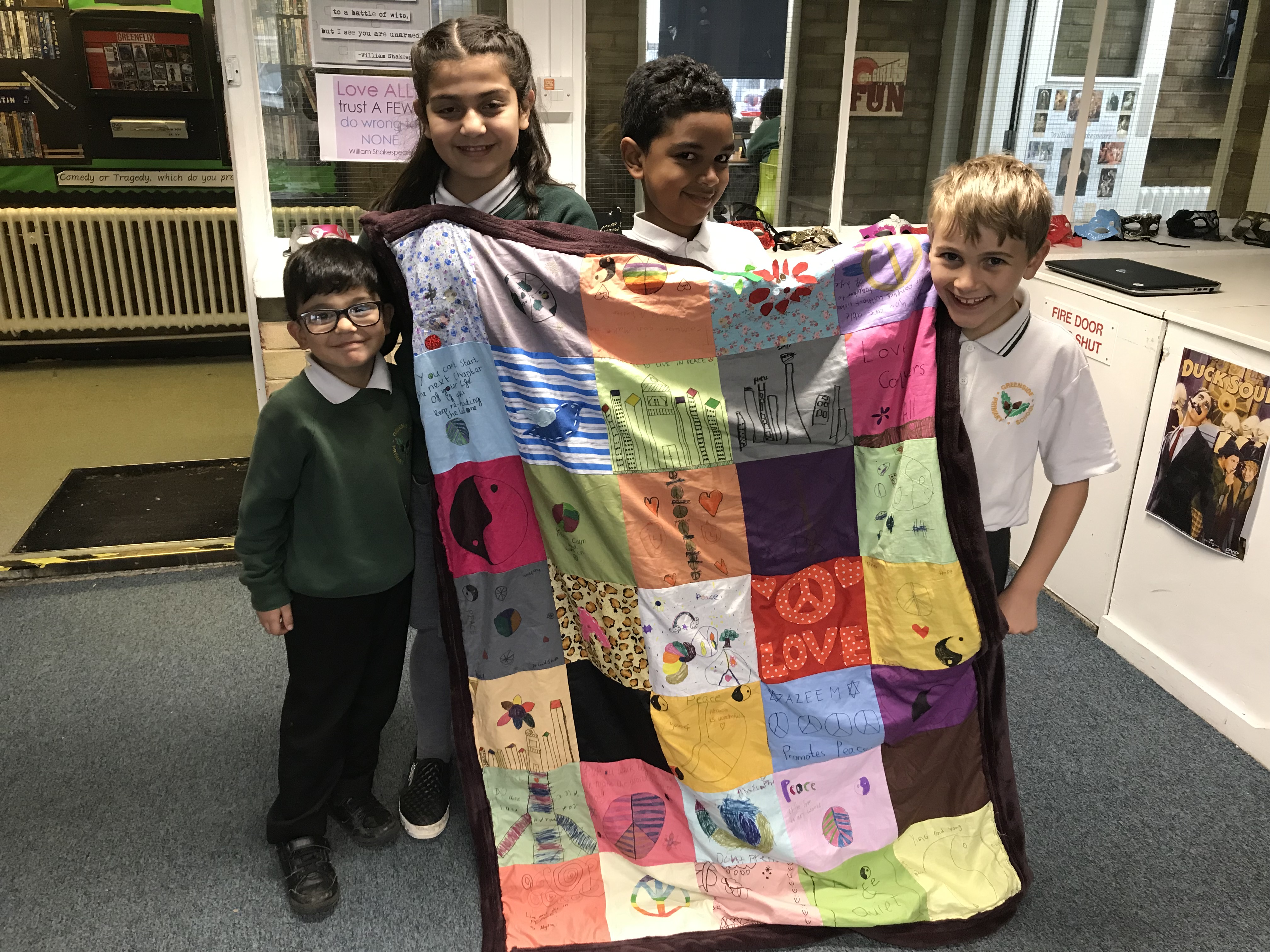 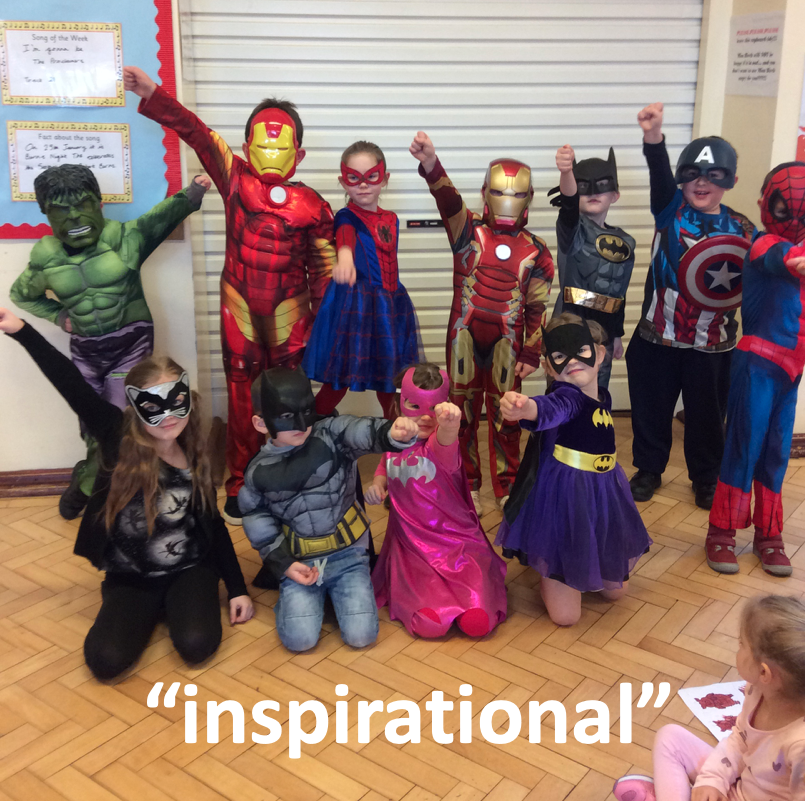 The Elliot Foundation is pleased as Punch with its Ofsted Summary Evaluation released this week.  Eleven of our schools were inspected earlier this year and HMIs spent a further week assessing the Trust itself in June. Overall they have found that we have, "helped to promote significant and rapid improvement... in most of our schools" and that central to this success is our, "reflective, open minded approach".

Inspectors welcomed our, "wholeheartedly inclusive and deliberately non-hierarchical" set-up; recognising that many of our schools, "had a history of not doing well" and that despite these challenges we, "have an impressive record of developing leadership... so that improvements are made sustainable."

You can read the full report here. 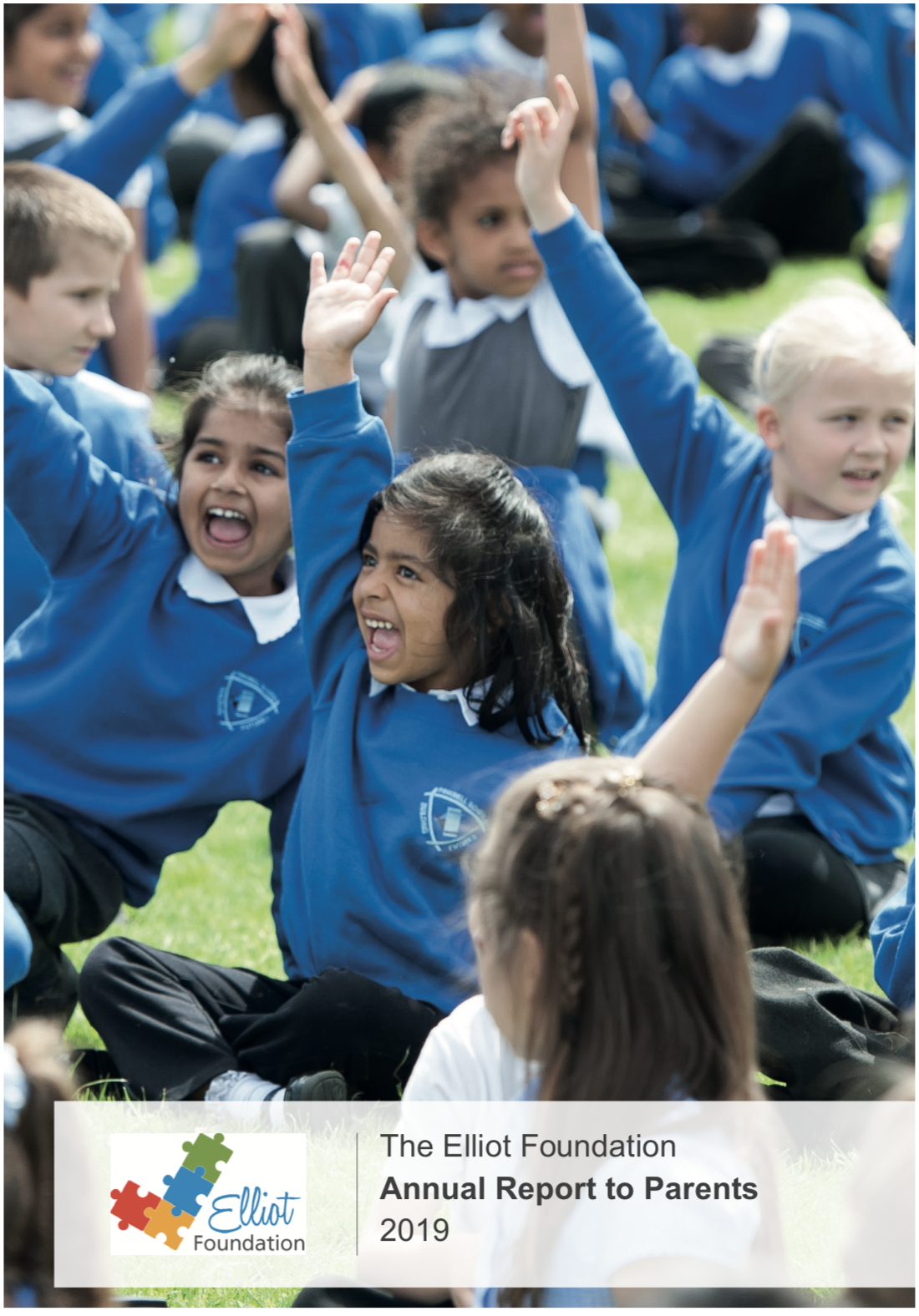 Dear Parents and Carers,
We’d like to welcome you to the Elliot Foundation’s Annual Report. We’ve had a great year! We’ve been inspired and motivated by our teachers and each other; we love being challenged, to fulfil our dreams.

We think that it is special to work together to improve our learning and make the world a better place. Throughout the year we have been given many fun, educational opportunities including: music events and the performing arts, sporting events, and residential trips. This enriches our education and supports us to make connections with our wider community.

As parents and carers, you want your children to be safe, happy, learning and prepared for the future. Don’t worry… we’re in the right place; our teachers definitely care about us! The Elliot Foundation only achieves when we achieve. This year, we have become stronger in mind, more independent, proud to be us and proud to be part of the MAT and we know that the Elliot Foundation is proud of us too!

This introduction was written by children from Kings Rise, Cavalry and Greenside Primary Schools

On Friday 26th January, the Digital Leaders of Hillingdon Primary School visited the British Educational Training and Technology Show (BETT) at the Excel Centre in East London. The show is an opportunity for technological businesses to share new ideas and information with educators. After an excellent presentation at the Elliot Foundation Digital Leader Event at Brunel University, Hillingdon’s Digital Leaders were excited to have been invited by Google to deliver a presentation at their Google Training Centre at BETT. 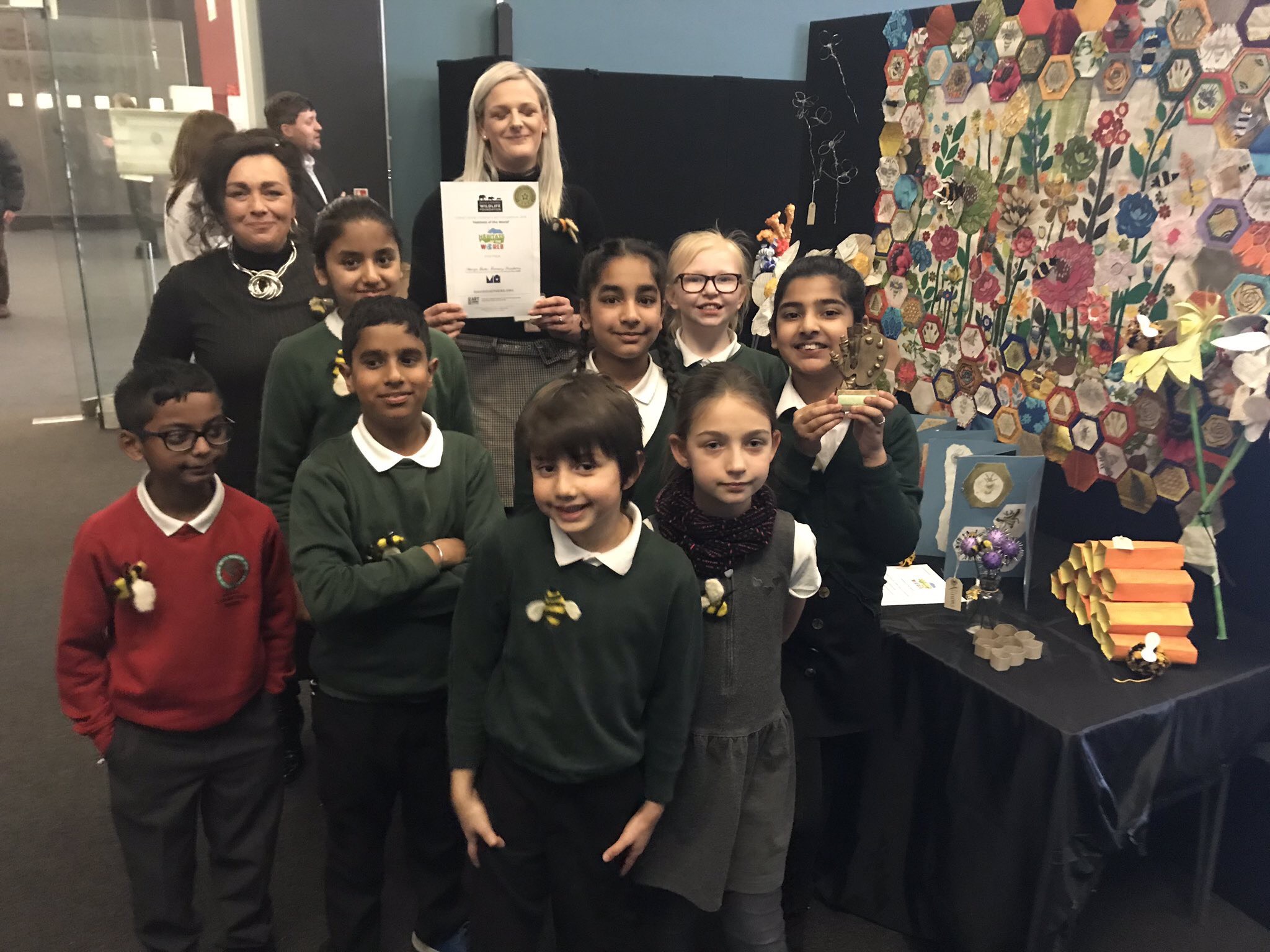 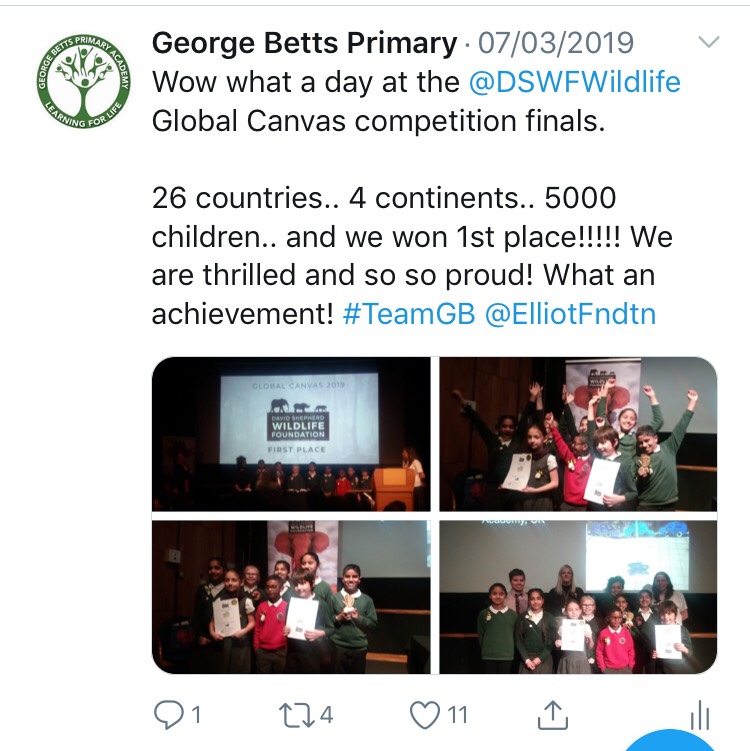 In the weeks building up to the event, the eight Digital Leaders met with Mr Jacobs, Head of Computing at Hillingdon Primary School, to decide on exactly what they wanted to say. All children agreed they loved using Google both in the classroom and at home, and hoped for a future where such cloud technologies were a core part of everyday schooling. Together they decided to call their presentation: A Vision of the Future; Imagined by Children.
The children began writing, editing and redrafting what they wanted to say, and started  practicing how they wanted to say it. By performing their presentation at school assemblies, they gained confidence in talking to an audience, and by the morning of the 26th, they were ready.
The Digital Leaders met at Hillingdon train station and travelled up with staff from their school. The BETT show runs from Wednesday to Saturday, but Friday is known to be the busiest day. By the time the children went on at 11am a large crowd had gathered. In the audience were school leaders, business managers, Google employees, computing teachers and other members of the general public.